Crufts 2019
Another Crufts is over.. Proud of my 2 boys Mike & Jason, they both showed really well in a strong Open Class (12 dogs).
Really nice to hear from serious breed specialist that our dogs look great .
Always nice to meet so many people from all over the world. 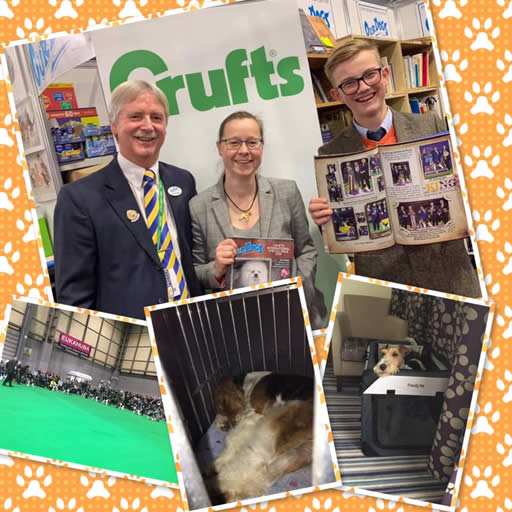 Back home from International Dogshow Rijnland.
Chelines Tally’O our Jason won
CAC/CACIB and Best of Breed.
And today he became
Dutch Champion
Proud of my boy 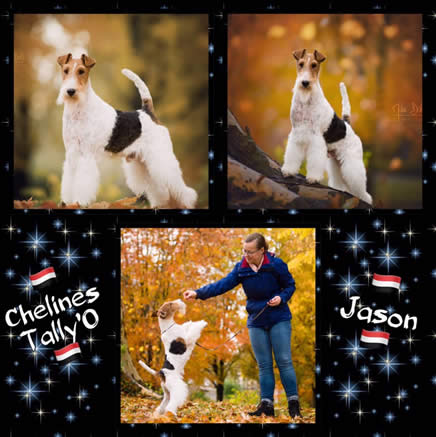 Back home from Antwerpen Dogshow.
Proud of our boy Chelines Tally’O, he won
CAC/CACIB and Best of Breed.
He was selected with the last 6 in the group 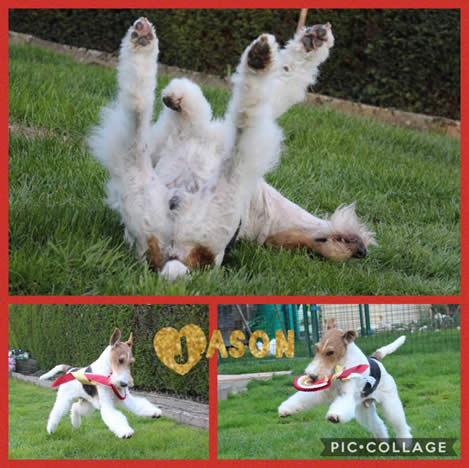 He is now also Belgium Champion 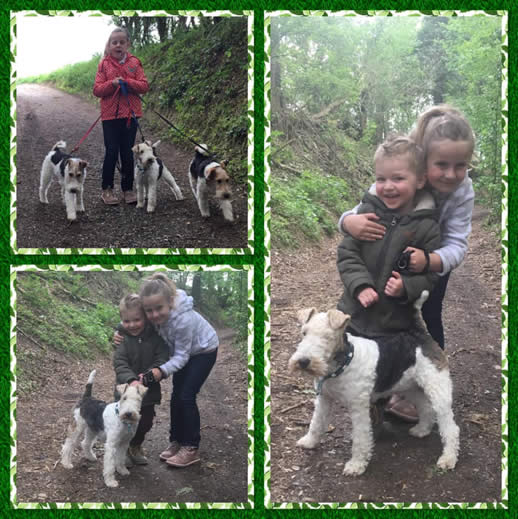 Blessed with the Wires and the kids, they really enjoy there company 🥰😍

Proud of our Wire boy Jason
Chelines Tally’O
He won best Wire 2018 in the Netherlands.
Thanx Alberto Velasco for letting
Jason be a part of our Wire Family.
Thanx to the Dutch Fox Terrier Club for the nice present. 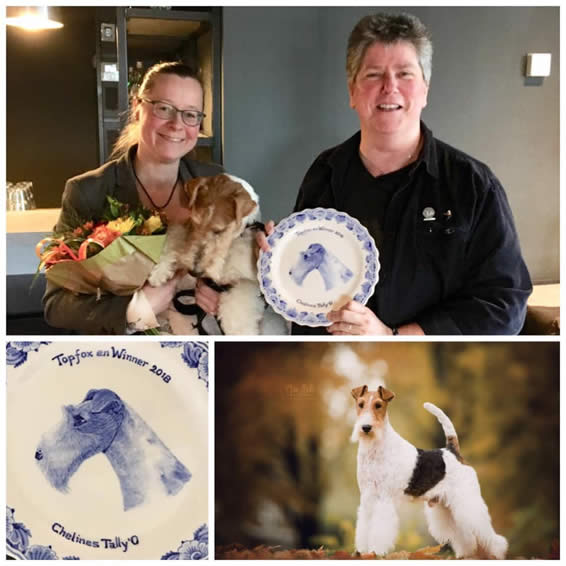 Back home from Peterborough. Our young dogs did great.
Lara 'Warnell's Crazy for this girl' was third in Junior Class
Scotty boy ' Urano v.d. Bismarckquelle' won Best puppy in breed and 3th puppy of the Terrier group!! 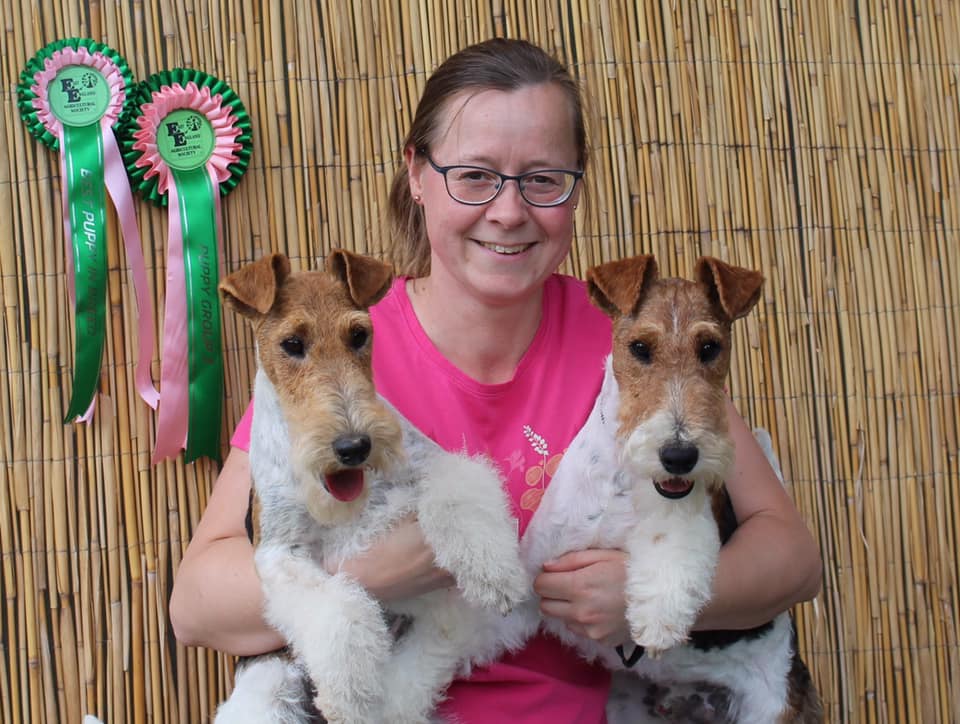 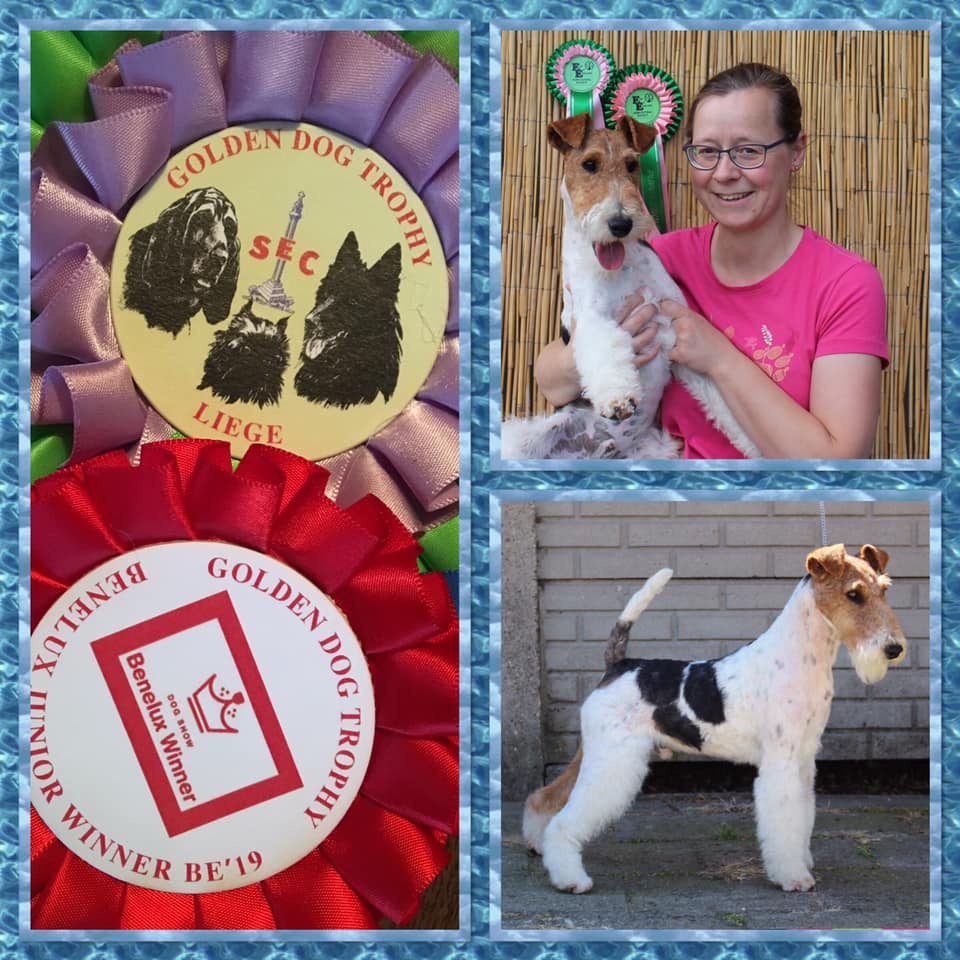 Warnell's Crazy for this girl our Lara won CAC/CACIB and best bitch and Urano v.d. Bismarckquelle our Scott won Best of Breed and Best Junior in Breed. He was selected with the last 6 in the Terrier Group 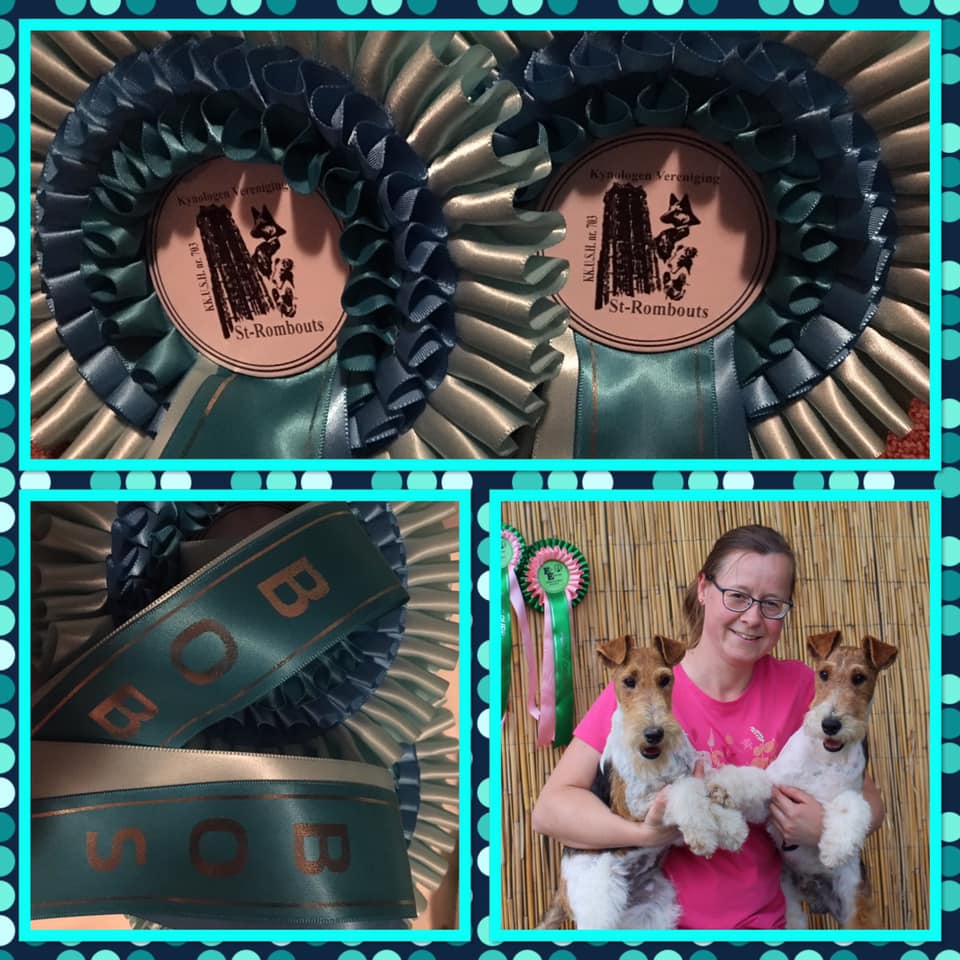 Today we had the clubshow from the Maastrichtse Hondensport Vereniging. Introducing the kids to the dogshow. We did a little bit training before and today the big day for them.

Livia showed Lara and she won Best Junior Handler at the Clubshow. She also showed Lara in the breed and won best bitch. 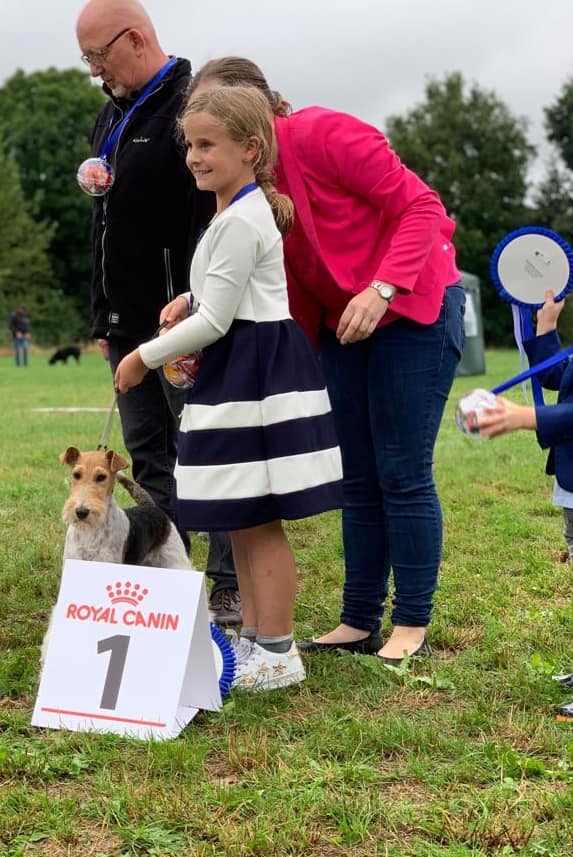 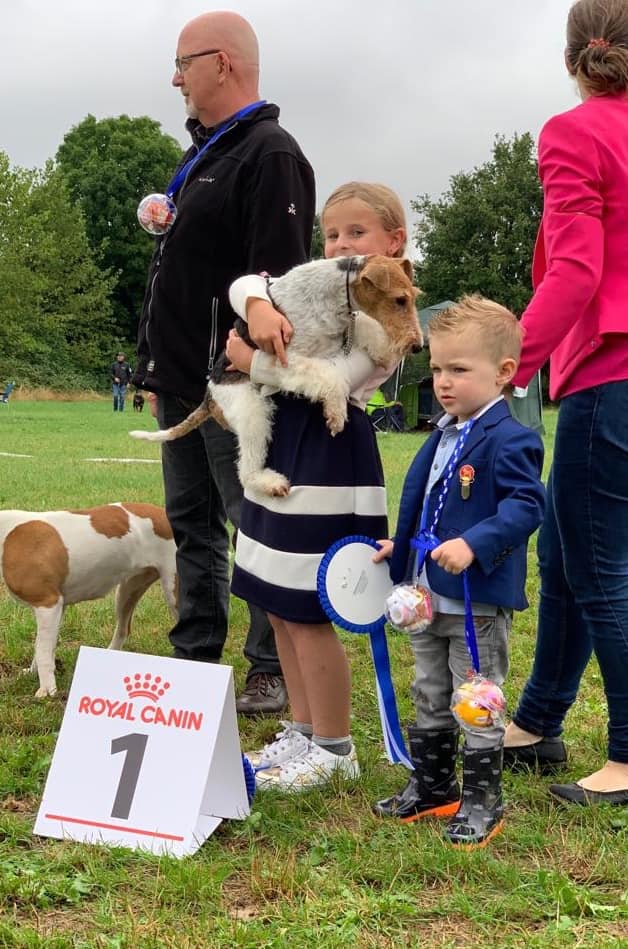 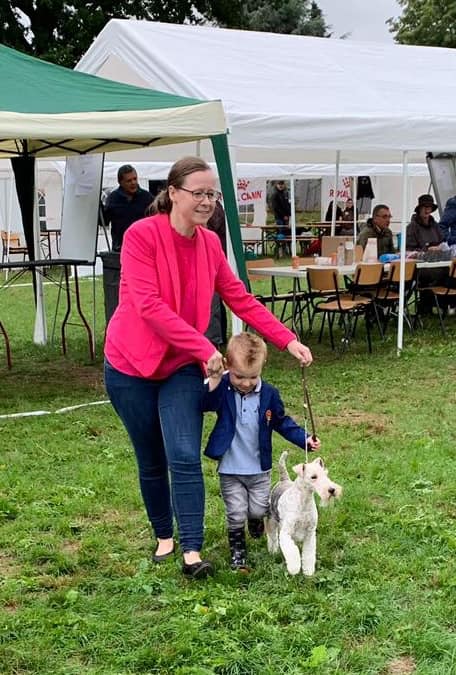 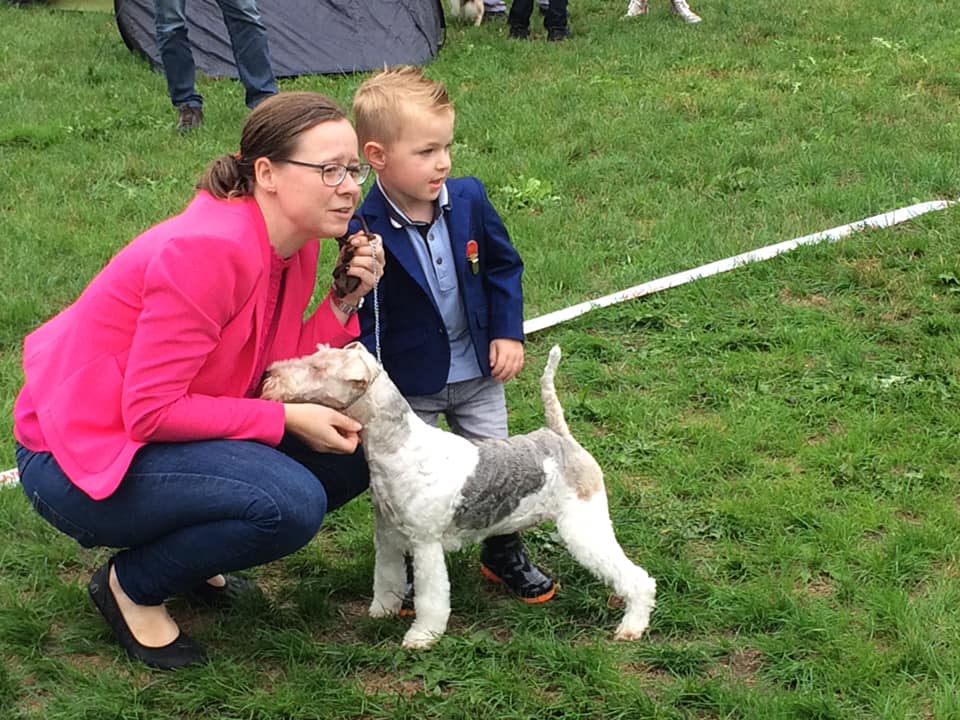 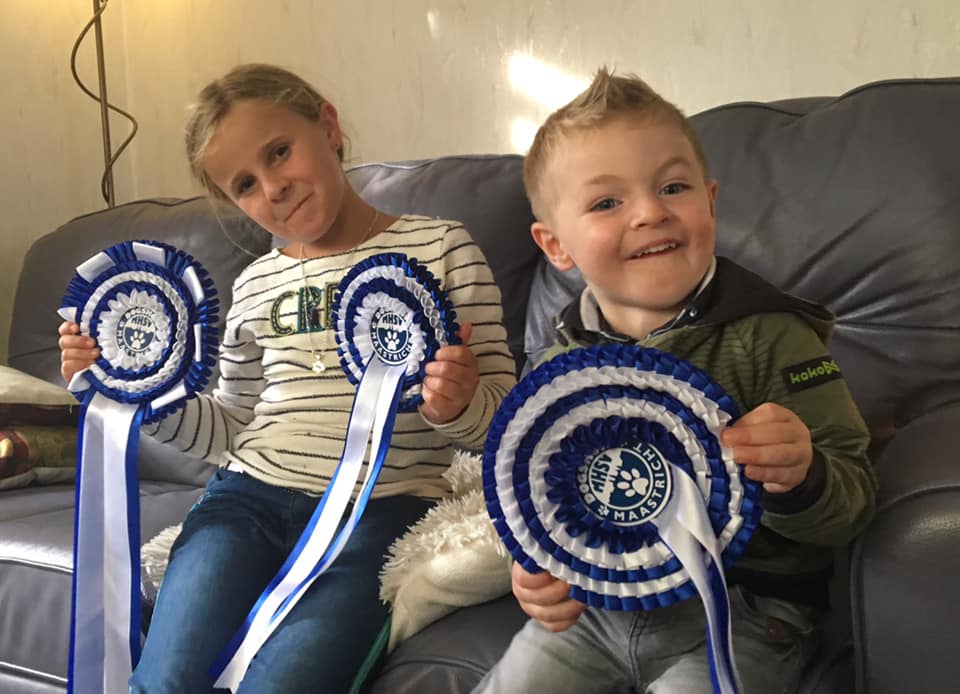 And last but not least I showed our Scott 'Urano v.d. Bismarckquelle'
He went all the way up to BEST IN SHOW at the clubshow.
(93 dogs entered) 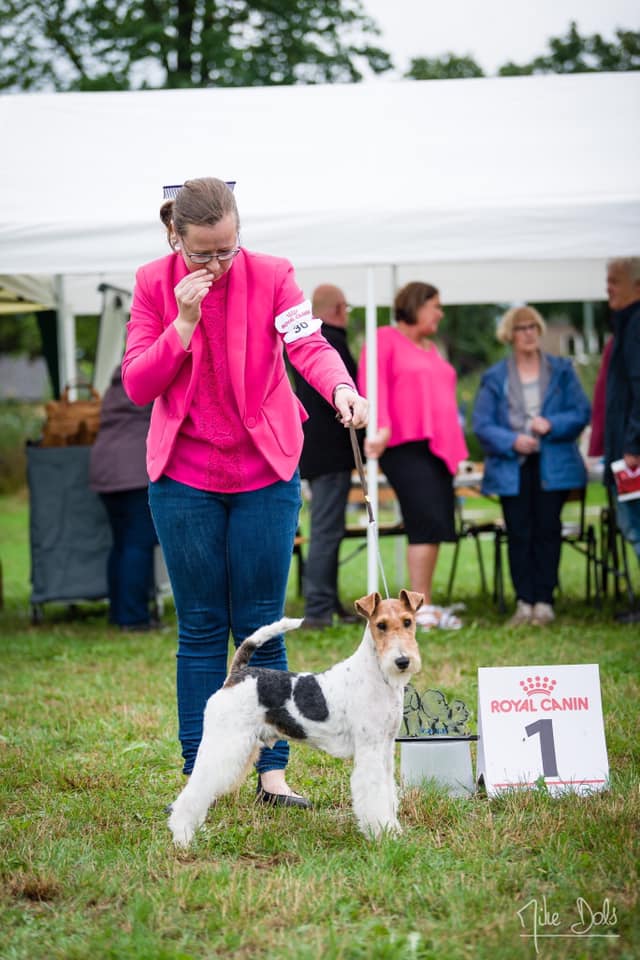 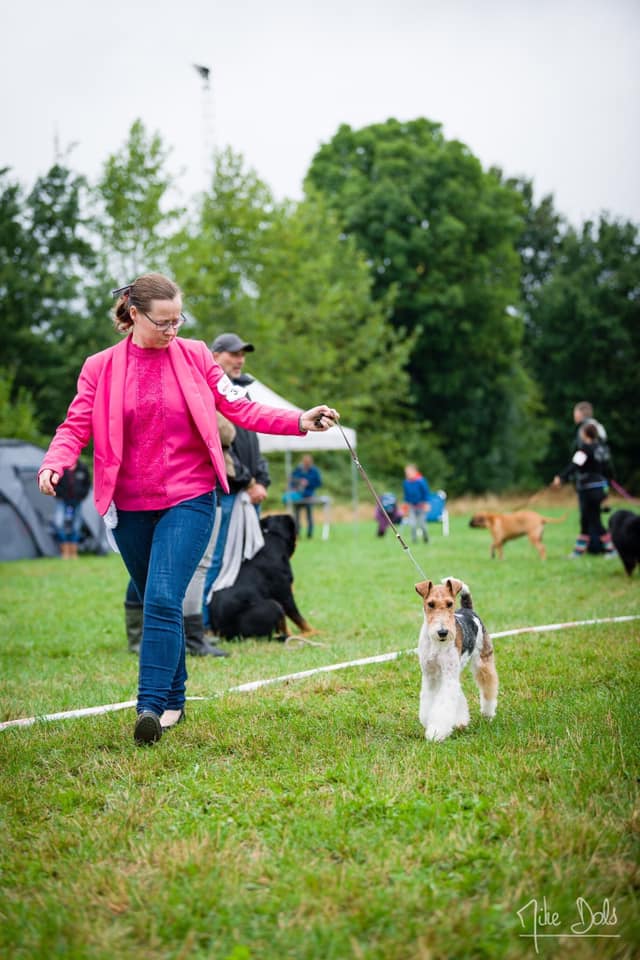 We would like to thank the judges and the MHSV for the nice day. Very nice day to introduce the kids to the dogshow 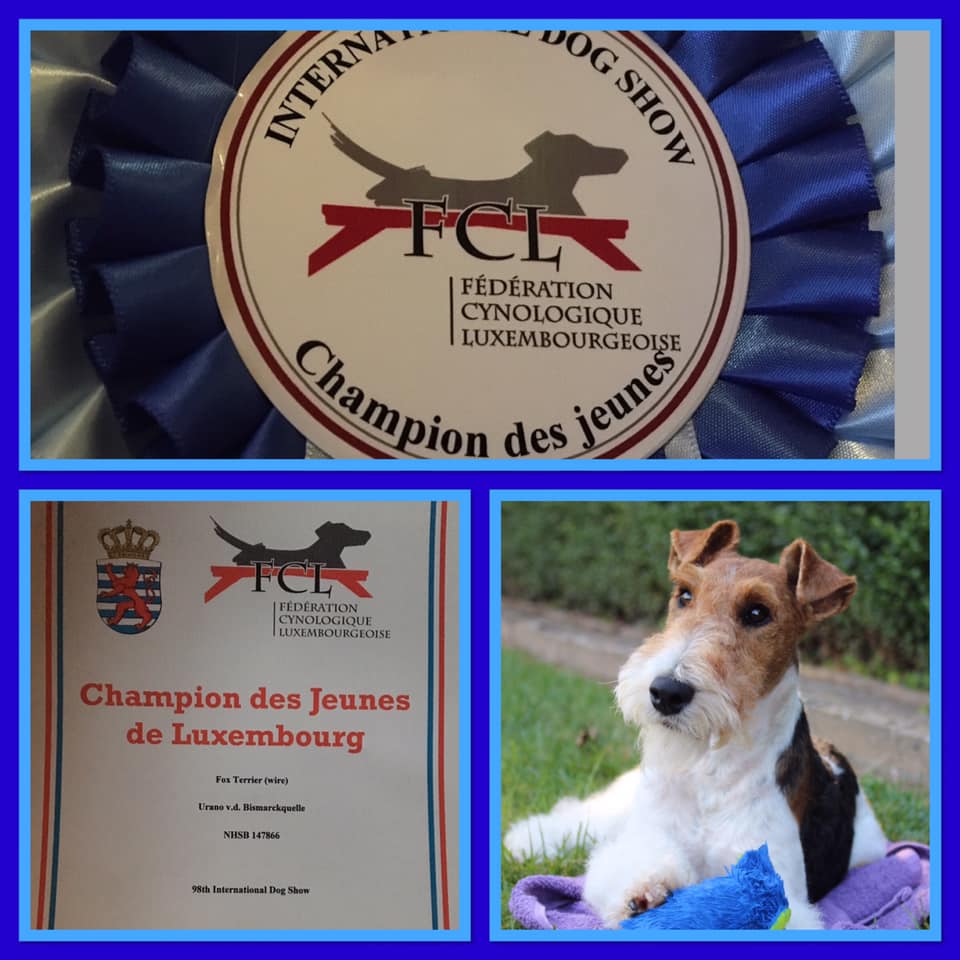 Dogshow Maastricht 2019 is over...
First of all more then proud of our young boy Scott 'Urano v.d. Bismarckquelle' he won Best of Breed out of Junior Class and he was selected in the group. 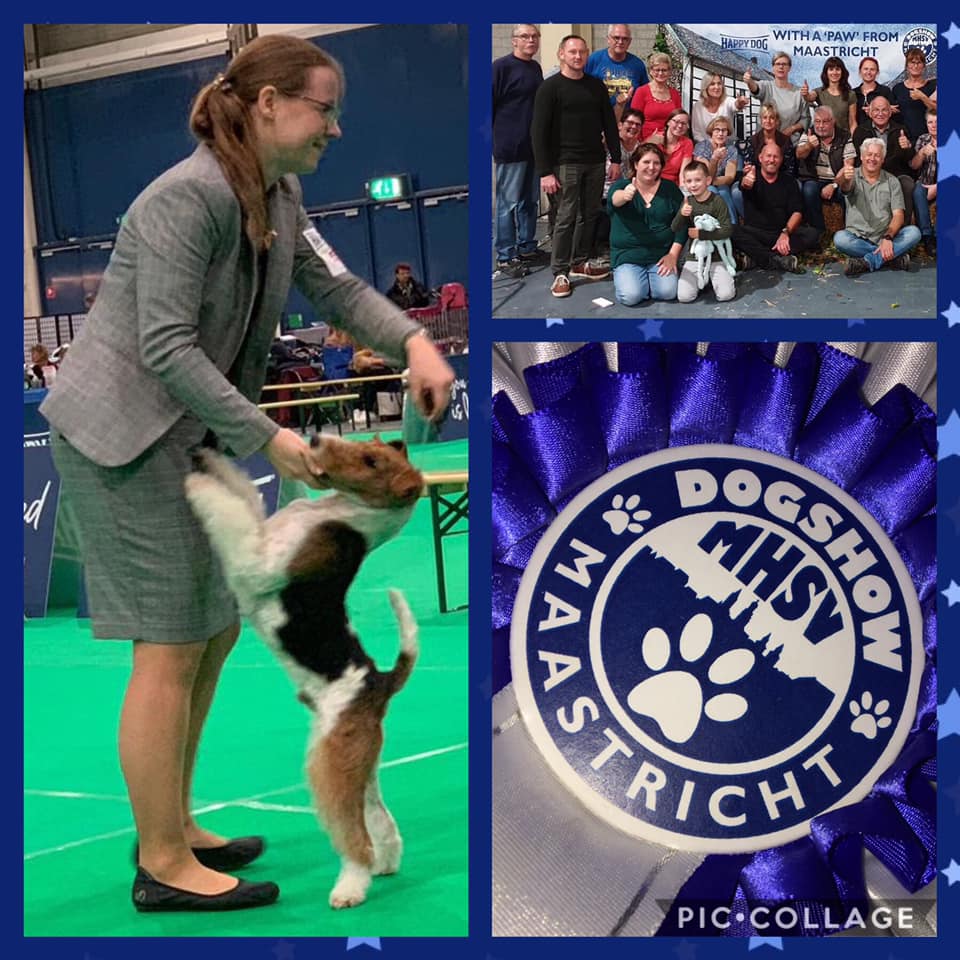 We showed Urano v.d. Bismarckquelle 'Scott' he was second in junior class. And I showed our young girl for the first time Warnell's Sensation White 'Sky' she won the junior class. Qualified for Crufts 2020 and Bundesjugendsiegerin. 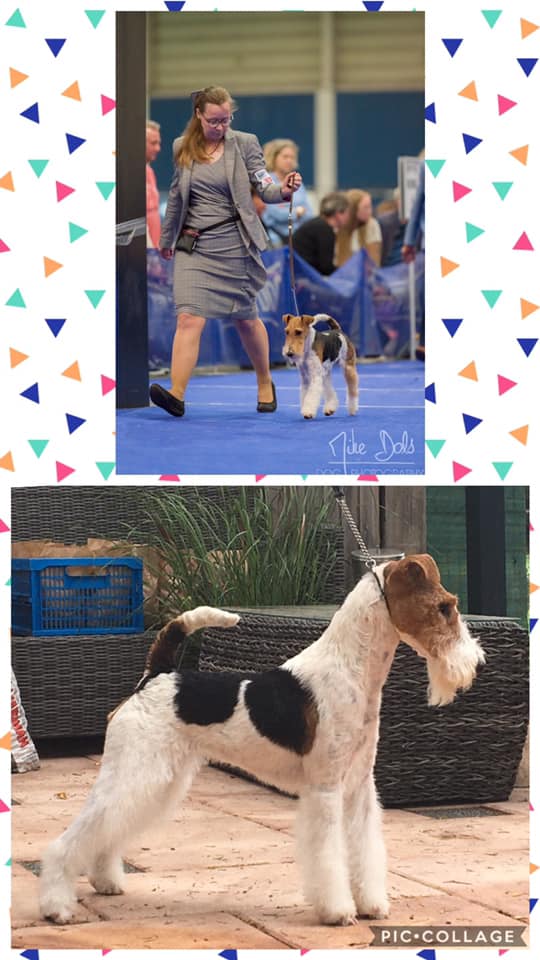 More then happy with the result our Scott 'Urano v.d. Bismarckquelle' earned today at the international dogshow Leuven. He won out of junior class Best of Breed. In the Terrier Group he was placed second. Making him today Belgium Junior Champion. 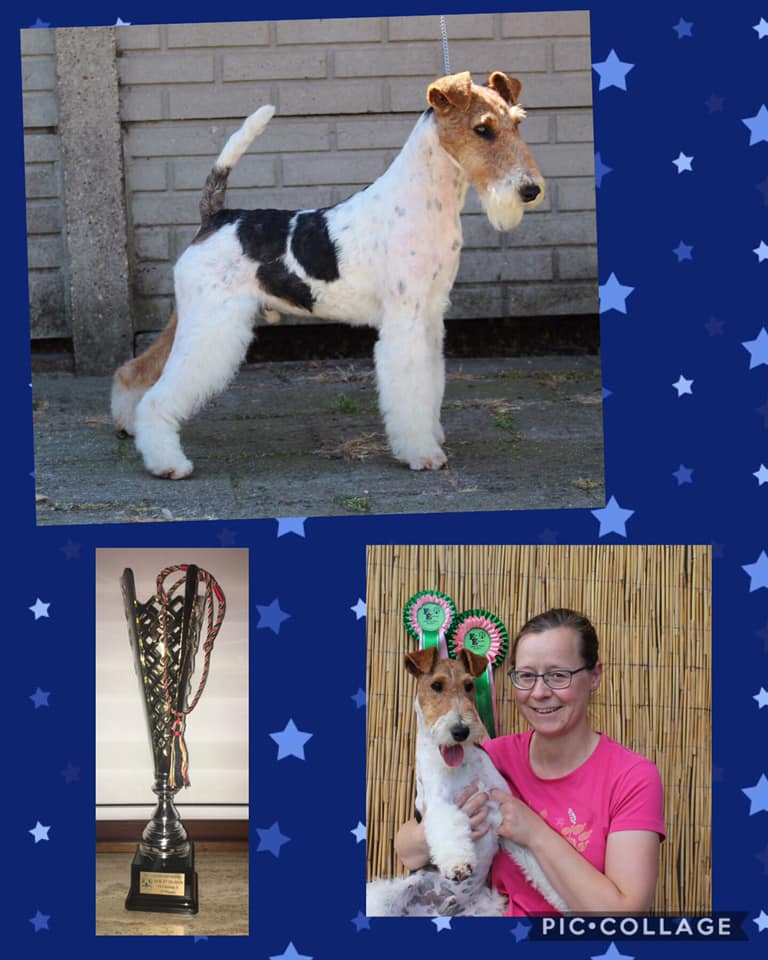 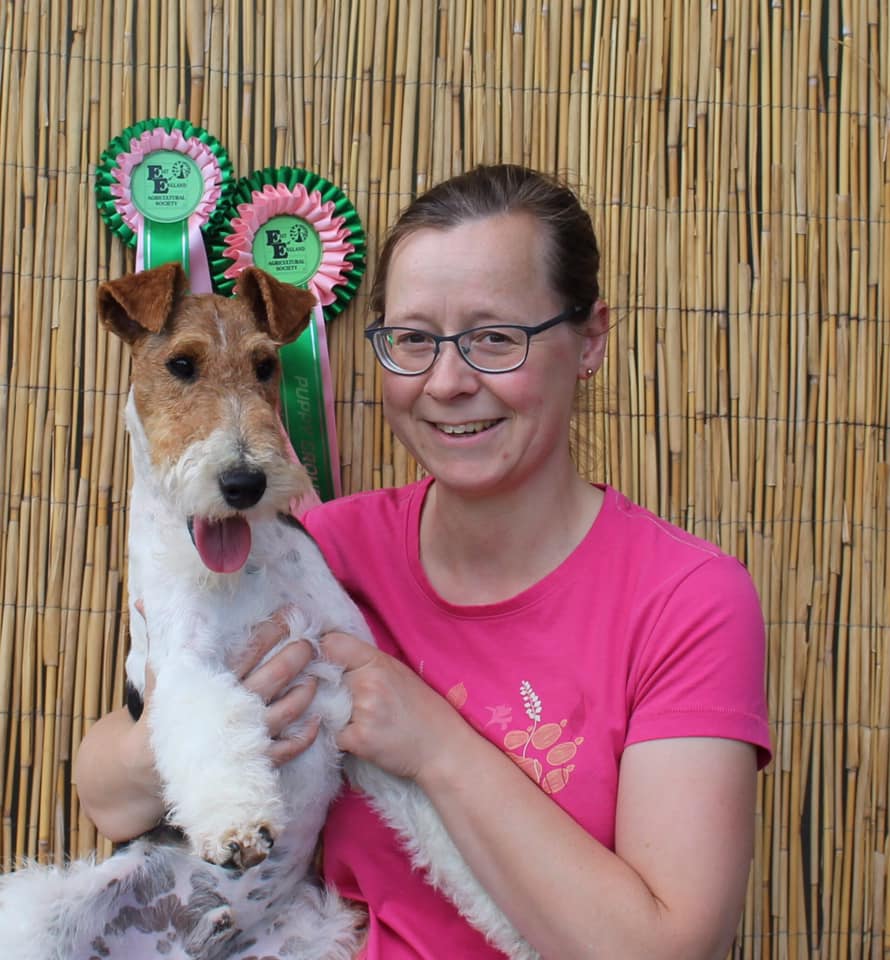 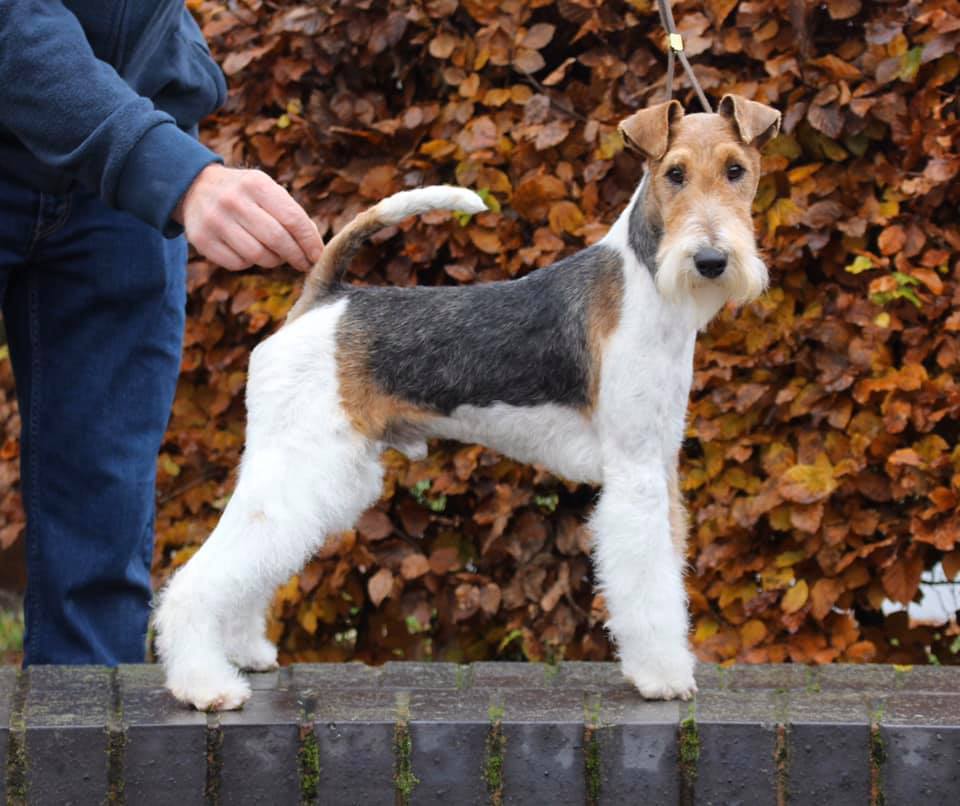 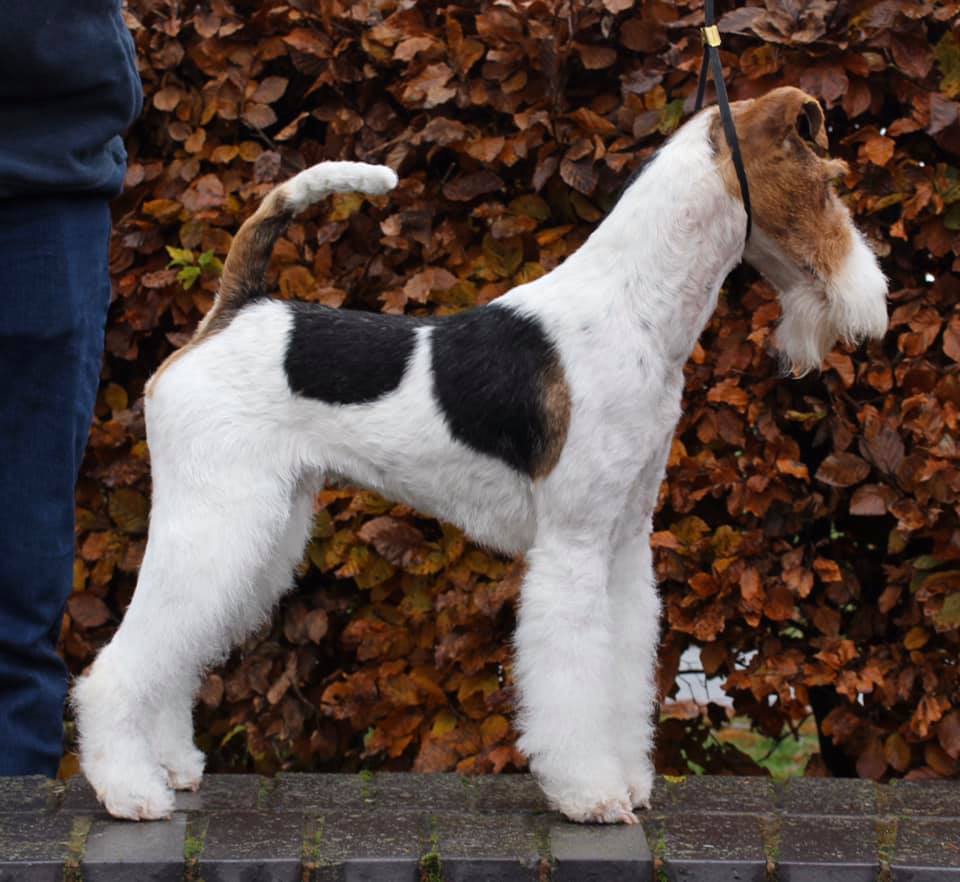 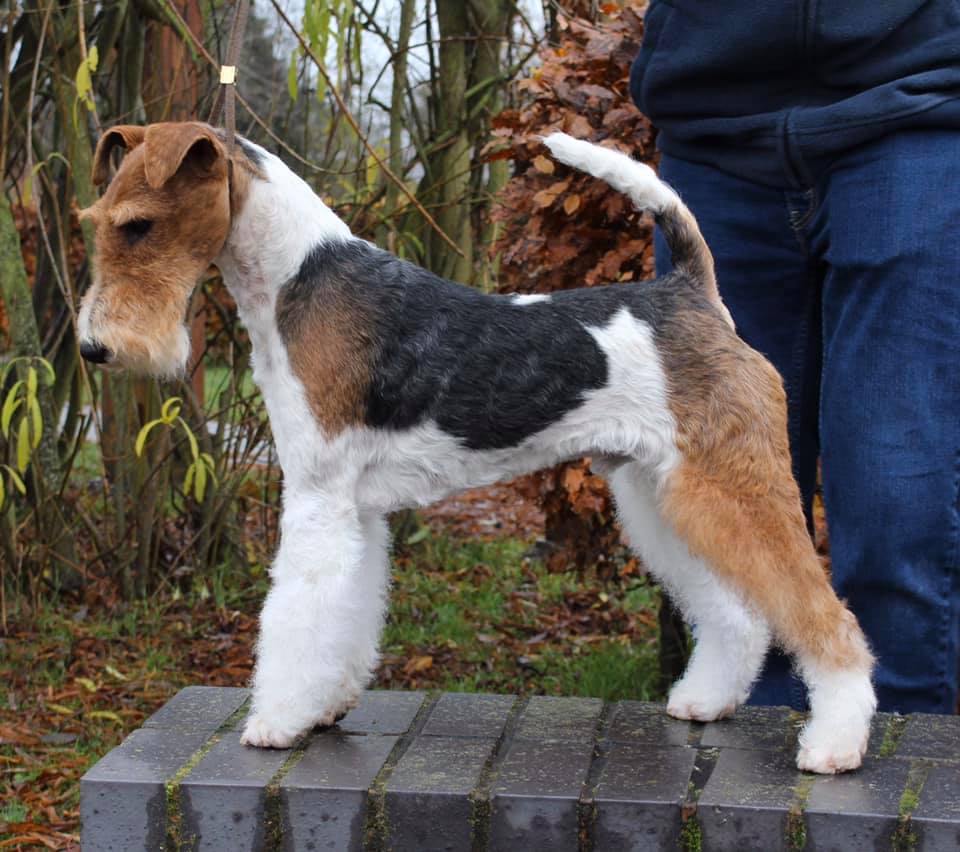